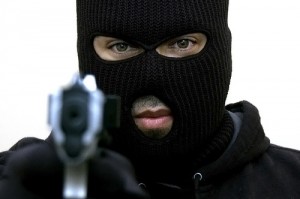 When I tell people I love my Kindle, I’m being only slightly metaphorical; I really do love the thing. Or at the very least, I really, really like it. Heck, there times when it almost feels like an extension of my very body—an extra limb or digit, if you will.

But I know where to draw the line. An e-reader is a replaceable inanimate object, after all. Which is why for me—and, I would suspect, for the rest of you—that line begins and ends with the word “homicide.” But try telling that to the Maryland man mentioned in reporter Mike Rosenwald’s Washington Post column on October 9: After two teenagers—at least one of them armed—yanked the man’s Kindle out of his hands while he was reading it on the street, the guy actually chased after them. The teens fired two shots as they hustled to their getaway car, with the Kindle owner in hot pursuit. And if that’s not unbelievable enough for you, get this: Our hero was actually hit and run over by the teens’ vehicle as they sped off into the sunset.

A reporter for The Maryland Gazette seems to have been responsible for breaking the story of the Kindle-napping. As for whether the Kindle crooks were ever nabbed, or whether the device was ever recovered and returned: We have no idea.

If any of you Washingtonians out there happen to know how this story ended, we’d love to hear about it.