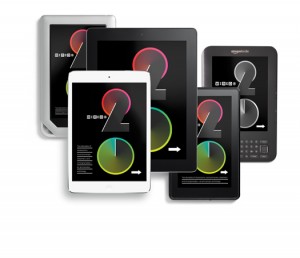 Wired magazine will be celebrating its 20th anniversary throughout the remainder of 2013, and as something of a celebration, the editorial team has put together Wired @20, an e-book consisting of what the editors consider to be “20 of the most important and mind-blowing stories from the [Wired] archives.”

Interestingly (and wisely, I’d say), the stories include “all-new epilogues that bring the articles up to date.” So even if you’ve been reading Wired cover-to-cover from day one, you’ll probably still find something of interest here.

The anthology includes Evan Ratliff’s absolutely masterful feature on how to vanish in the digital age, for instance. It also comes pack with editor Chris Anderson’s original treatise on the long tail theory, which of course became a highly-regarded and paradigm shifting book soon after. You’ve also got Neal Stephenson, William Gibson and the criminally underrated Joshua Davis.

If you happen to be a Wired subscriber, you can grab yourself a free copy of the e-book, which will otherwise set you back $6.99. I’m a Wired subscriber myself, and I can tell you that unfortunately, the process of obtaining the freebie is an enormous pain in the ass. For starters, the book is advertised as being available free to subscribers on the Google Play Store … but it’s not.

I’ve heard through the Twitter grapevine that owners of Kindle and Nook tablets are having a much easier time grabbing their free copies, but as I own neither of those devices, I’m afraid I can’t offer any first-hand advice.