Earlier this week we posted Andrys Basten’s overview of current iriver Story HD reviews from various sources, which together provided a good look at what the device is capable of and how it stacks up to the Kindle, its closest competitor in design. Now Ars Technica has published its own detailed review, along with several close-up photos.

Among the good things Ars Technica found: The keyboard is easier to type on than the Kindle’s, because the “Symbols menu recasts each letter key as one of the symbols, meaning you don’t have to scroll around to include a period, comma, or exclamation point.” The directional button works well, and both it and the home/back buttons are nicely placed, at least if you’re right-handed. (The review doesn’t mention the left-handed experience.) It also offers reasonably fast page turns, “but not markedly faster than on the Kindle.”

As for what’s bad: There’s no way to search in or annotate books (although Basten noted in that earlier post that Google promises to add annotation via an update in the future). Customization options are severely limited, with no way to change margins or line spacing. If you have vision problems, you might be disappointed by the upper limit in font size on the Story HD when compared to what the Kindle can display. Visually, the back is “a weird, fallow shade of brown, of all the possible color choices in the world.” 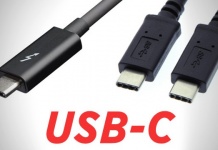 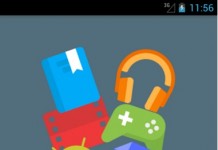 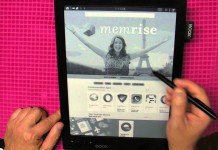