One big story that broke yesterday was that the CBC, Canadian Broadcasting Corporation, has come out with a new policy prohibiting the use of Creative Commons-licensed music in any of its podcasts. Predictably, the conspiracy theorists came out in force, especially where the story was reported on BoingBoing and Slashdot.

But it turns out that there was actually a reasonable and understandable explanation behind it all; it just took a while to come out. Mike Masnick at TechDirt reports that Chris Boyce, Programming Director for CBC radio, finally provided the full explanation:

The issue with our use of Creative Commons music is that a lot of our content is readily available on a multitude of platforms, some of which are deemed to be "commercial" in nature (e.g. streaming with pre-roll ads, or pay for download on iTunes) and currently the vast majority of the music available under a Creative Commons license prohibits commercial use.

In order to ensure that we continue to be in line with current Canadian copyright laws, and given the lack of a wide range of music that has a Creative Commons license allowing for commercial use, we made a decision to use music from our production library in our podcasts as this music has the proper usage rights attached.

This explanation makes a great deal of sense, and highlights a major problem with the Creative Commons licensing scheme—it fails to take into account the increasing manner in which non-commercial and commercial uses intermingle, and how hard it is to tell one from the other. If a noncommercial podcast or blog enters into a redistribution agreement with a commercial entity, CC-licensed content that was formerly perfectly kosher for it to use suddenly and magically becomes verboten.

And it’s sometimes hard to tell where the bright lines should be drawn. Could I, for example, have used CC-noncommercial-licensed content in a TeleRead post a year ago? Could I now?

TeleRead used to be an independent, noncommercial blog, save that it had some banner advertisements on the site to help pay the hosting costs, until it was bought by NAPCO earlier this year. Would the banner ads mean that a TeleRead post from the pre-corporate days was a “commercial” use? What about now that TeleRead is owned by NAPCO? Even though we’re not actively trying to “sell” anything, are we a “commercial” blog now that we’re owned by a corporation?

Of course, some would note that there are a number of Creative Commons licenses that fully permit commercial use. However, the problem is that there are just so dang many CC licenses, some of which permit commercial use and some of which don’t, using CC content at all would require a commitment of extra time and personnel (and money to pay the personnel) just to evaluate each CC use individually to find out if it was a commercially-licensed use or not.

This puts me in mind of a post on the blog of Nina Paley, animator of Sita Sings the Blues (whose copyright travails I covered here and here), in which she chronicled an email exchange between herself and Creative Commons advocate Cory Doctorow. Paley favors the “Creator Endorsed Mark”, which allows any form of use but differentiates between those that pay the creator for the use, for exactly that reason.

“It’s just stupid to say that an elementary school classroom should have to talk to a lawyer at a giant global publisher before they put on a play based on one of my books.”

It is stupid, but if the school raises any money to put on that play, or charges for tickets, or any number of other likely scenarios, then it’s commercial use of your work. You know it’s stupid, and I know it’s stupid, and maybe even some teachers and students know it’s stupid, but the school is obliged to obey the law, and the -NC license says they have to negotiate permission. If there’s a legal adviser at that school, they’re not going to allow the play without permission; and if asking for permission is too uncertain or labor-intensive (as it is in almost all cases – a lawyer may not know what an exception yours is), they won’t put on the play.

Paley explains that the Creator Endorsed Mark, which offers the carrot of creator endorsement rather than the stick of noncommercial restriction, allows many more potential uses than a non-commercial CC license and enables the creator to take in money from commercial ventures that recognize the value of such an endorsement.

The discussion that follows is long and fascinating, though wanders a bit afield from the points raised by the CBC decision (and in the end, Paley and Doctorow end up agreeing a bit more than they disagree). But it’s the matter of the commercial vs. noncommercial restrictions that seem to matter most here.

The Creative Commons license offers its users a lot of freedom to decide exactly how they want their works to be used. The problem is that noncommercial restriction is the proverbial bad apple that spoils the whole bunch—any CC-licensed work could potentially be noncommercially-restricted. This means that even CC-licensed works that fully allow commercial use aren’t going to be allowed by big business concerns, because it’s easier just to forbid Creative Commons uses altogether than it is to evaluate every use.

Is there anything that can be done about this? I don’t know. While I used to be a complete supporter of CC-licensed works, it is starting to become clear to me that its variable nature might be just as big a handicap to it users as it is a benefit, and perhaps more. 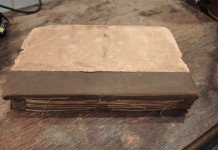 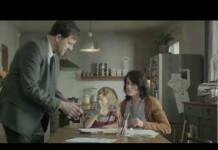