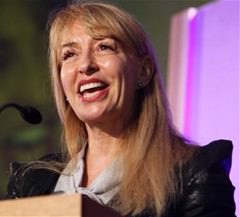 Does digital media harm our intelligence? Neuroscientist Susan Greenfield has been making claims to that effect for some time, especially with regard to children. She’s written a number of books on the subject. But such claims tend to be of a piece with the worries of every generation about something new and unfamiliar to them, that later generations consider to be old hat. Remember the 1980s satanic D&D scare? What about the mid-19th-century chess scare?

Gregory Benford wrote a really insightful article a few years ago about how badly new and unfamiliar things muddle our perception of risk. It might have been a survival mechanism back in the days when undergrowth that looked “wrong” might house a saber-toothed tiger, but these days it makes people more scared than they ought to be of everything from air travel and nuclear power to vaccination, GMOs, and high fructose corn syrup. People are far more scared of what we don’t understand than we are of things we do understand that might be far more dangerous. This concern over the perils of digital media is exactly of a piece with that.

I already discussed Nick Bilton’s analysis of the matter in my review of his book I Live in the Future & Here’s How It Works. Based on his own research and interviews with neuroscientists, Bilton explains that the brain is reacting and adapting the way it was meant to, and the changes are nothing to be alarmed about.

But now Techdirt reports that three neuroscientists are directly expressing their own skepticism with Greenfield’s claims, in a peer-reviewed journal. (The article is behind a paywall, but Techdirt has embedded it in a DocumentCloud viewer within their report.)

The scientists complain that, though she has been asked to do so, Greenfield has not published any of her claims in peer-reviewed journals where they can be evaluated for scientific merit.

As scientists working in mental health, developmental neuropsychology, and the psychological impact of digital technology, we are concerned that Greenfield’s claims are not based on a fair scientific appraisal of the evidence, often confuse correlation for causation, give undue weight to anecdote and poor quality studies, and are misleading to parents and the public at large.

Citing over a dozen studies and papers themselves, the scientists point out flaws in Greenfield’s reasoning. While Greenfield claims that social networks negatively affect one’s social skills, other researchers have found that, when used to deal with social challenges, they can actually strengthen social skills. They also find Greenfield’s claims that online interaction might “trigger” autism to be without any scientific basis whatsoever.

They also dispense with Greenfield’s claims that computer gaming leads to shorter attention span, and note that search engines negatively affecting memory retention is not actually cause for alarm. The brain adapts to information being readily available elsewhere by choosing to focus on remembering information that isn’t, and that’s true in cases that have nothing to do with technology.

They also express concern that, in focusing attention on these imaginary bugaboos, Greenfield is promoting neglect of actual issues that do exist around use of technology and gaming, such as the lower physical activity associated with the gaming lifestyle promoting obesity, or concerns over online safety.

Accurate, informed information from sound scientific studies is essential to inform this process, and we think that it is unfortunate that Greenfield’s media profile means her claims have an exaggerated impact on public debate given their limited evidence base. There is already much research into the many concerns about digital technology, and the public deserves to participate in the debate fully informed of all the evidence.

While the article doesn’t directly address this specific case, I’m wondering if something similar might apply to the concerns that some have expressed over enhanced e-books negatively affecting knowledge retention when compared to study with basic e-books, or that reading on a screen in general harms retention over reading from paper.

How many causes for alarm have we seen raised about e-books over the years? Are e-books too easy to read?  Does e-reading affect the brain differently than reading from paper? And if these things are true, is it really a bad sign, or just how our brains are meant to work?

And again, even those concerns may be overblown. The average person doesn’t know very much about brain chemistry, and we rely on scientists to clarify what to think about how we think. But even scientists are susceptible to those very same tendencies Gregory Benford pointed out toward overestimating risk from unfamiliar things, which is why it’s better to read widely than just rely on one opinion.