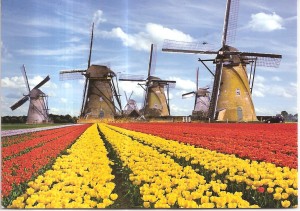 An ugly spat is brewing in the Netherlands, normally regarded as a staid and relatively free-thinking jurisdiction, over draconian moves by the local copyright enforcement body to gain access to e-book customer data to track piracy.

According to a report in TorrentFreak based on original Dutch sources, local e-book vendors working with the eBoekhuis platform have agreed with BREIN, the Dutch copyright-holders’ group, to digitally watermark e-book downloads and to link the watermarks with individual purchasers. The buyers’ details will not only be logged for two years, but will also be compared against watermarks of any pirated copies found online, and will be released to BREIN and copyright holders in the event of apparent piracy.

Details in Dutch are available here.

The agreement offers a fig-leaf for consumer rights by explaining the new policy in the sale terms and conditions, according to TorrentFreak. All the same, it apparently goes against Dutch data protection and privacy laws, but has gone through anyway. As one source states:

“They say that it is legal according to the Dutch privacy law, but I have a hard time interpreting any of the options in article 8 as that we can give that information without the explicit consent of the person.”

The same source states that some 62 percent of Dutch and Flemish e-books are now watermarked.

Responses in threads on MobileRead and elsewhere have been incensed to put it mildly. Says one poster:

“This is completely absurd. IMHO, it damages a Dutch law called WBP. If BREIN can now just say ‘We found ebook X online, and it states that it is bought at your store, transaction number XYZ. Give us the data of the person that bought it’, without going through court, then this is a very bad idea. Who says the book was put online by the original purchaser?”

The practical, let alone the legal, objections to such a policy should be obvious, but on past strength, a little thing like observance of due process is unlikely to impede BREIN. A major instigator of legal attacks against The Pirate Bay and other torrent and warez platforms, BREIN has attracted much controversy in the past for allegedly faking documents to help prosecute targets, and otherwise stepping outside legal norms. Objections have been even more heated because, as many sources observe, BREIN is a private organization with no independent investigative authority.

“BREIN is the central contact for rights holders, government, law enforcement, trade and media in the Netherlands with respect to all issues concerning the unauthorised copying and distribution of entertainment products both offline and online,” states BREIN’s own website. “BREIN is the Dutch acronym for “Protection Rights Entertainment Industry Netherlands” and also, more importantly, the Dutch word for ‘brain’.”