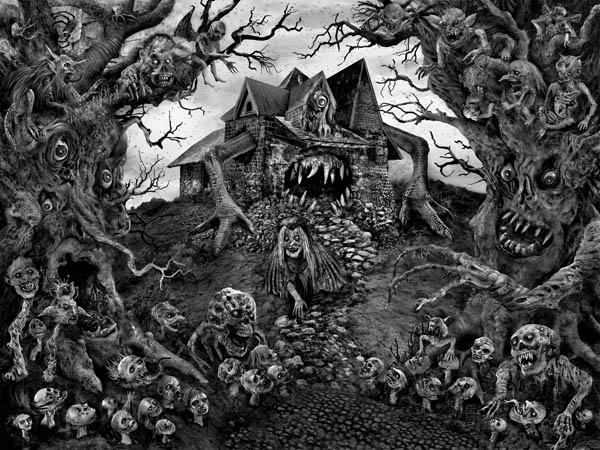 Here’s an interesting Indiegogo funding project for Halloween: MADHOUSE, “a Shared World Horror Anthology,” from Dark Regions Press, publisher of – among many other fine authors – Mercedes M. Yardley and Richard Gavin. The project is targeting to raise $15,000 by November 2nd, and so far claims to be 96 percent towards that goal, with $14,610 raised as of the time of writing.

MADHOUSE sets out to be “an illustrated shared world psychological horror anthology”  edited by Brad C. Hodson and Benjamin Kane Ethridge, and comes with an appropriate diverse and visual set of goodies for backers, including a map of the Golden Canyon Behavioral Health Center (the MADHOUSE itself), Golden Canyon pill bottles, and posters, as well as the more usual t-shirts and signed hardcover editions.

When John Doe begins to speak after decades of silence, the staff and patients at the Golden Canyon Behavioral Health center begin to realize that behind every superstition lies a horrid truth. On the night that a vicious sandstorm closes the roads and seals the doors, a plague of madness spreads through the hospital. Two staff members try desperately to hold onto their sanity while searching for the cause – and, hopefully, the cure – of the outbreak.

Thus the overarching plot for the tales within MADHOUSE, with authors listed so far including John Skipp, Jeff Strand, Scott Nicholson, Lisa Morton, John Palisano, “and many others.” Stretch goals beyond the initial $15,000 include further artwork by artist Aaron Alfrey, and an additional story from “New York Times and USA Today bestselling author Megan Hart.”

The usual Indiegogo caveats apply in investing into this project, but with a reputable house like Dark Regions Press, and a project so close to its funding target, backers can probably feel fairly safe . So go on: what have you got to lose but your sanity?