A ratings-crazed TV executive in the movie Network gets a terrorist outfit to kill off an anchorman with a sagging viewership. Whatever works, huh? But in evaluating content, can’t we go beyond “popular”?

In this video from InBound, BuzzFeed founder Jonah Peretti among other things tells how he rates content in ways other than the total numbers per se.

Will an item play in different well in different places and on different platforms rather than relying on the particular strengths of one? Will it improve people’s lives? Might it even change institutions for the better? Will oft-ignored niches glom in on the item? And of course, will people share and discuss it in the contexts of their own lives? Those are some of his criteria. The video covers plenty of other territory, but that’s what drew my attention. 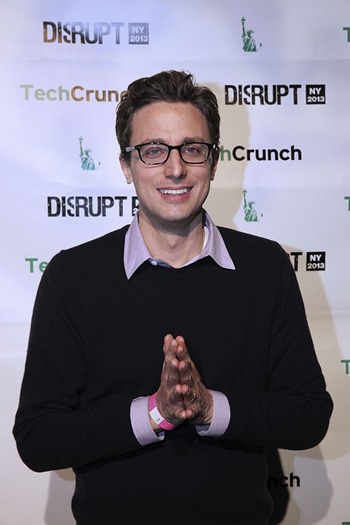 No, I’m not saying everything Peretti says would apply. And some of his opinions might actually contradict each other a tad.

For example, on one hand, he’s pushing for universality, and on the other he’s still talking about niche appeal. In the e-book business, as numerous publishers can attest, tastes can vary widely from country to country despite the global popularity of certain bestsellers. I know. He might argue that he’s simultaneously trying both approaches and that, when we’re thinking globally, even the numbers for niches can be huge. But, billions of BuzzFeed views or not, I still wonder.

In other ways, too, I’m not sure if Peretti is sufficiently paying attention to the gap between quality and popularity. Content rich in mindless sex and violence is still crap even if it’s a hit in many countries and on many platforms. I’m reminded of the wisdom of Benjamin Graham—a value investing guru and one of Warren Buffett’s heroes—on stocks. Short term the market is a voting machine. Long term it’s a weighing machine reflecting actual corporate profits. In the case of books, at least literary ones, a major criterion is: For how many decades or centuries will people care about them? BuzzFeed, by contrast, is focused on the here and now. As Peretti would be the first to admit, BuzzFeed’s content can be rather ephemeral.

Looking beyond of separating quality from popularity, I appreciated his international approach. It directly applies to the current debates over the issue of global licensing vs. country-by-country territorial approaches. Publishers might well be hurting themselves by balkanizing the markets for their wares. With a global strategy, which e-books facilitate through their ease of distribution, a publisher can more easily take lessons learned in one market and apply them to others.

In a related vein, Peretti is a huge believer in diversity, as well he should be as the biological son of an Italian-Amerian father and Jewish mother and as the stepson of an African-American. Both creators and marketers with such backgrounds stand a better chance of global success than do competitors. Who knows? With a less homogenous Europe, thanks to all the immigrants flowing in from the middle east and elsewhere, perhaps movie-makers there will be better able in time to give Hollywood a run for its money.

Furthermore, for the most part, I’m a fan of Peretti’s focus on social sharing and of his belief that not everything must happen in-house. Publishers should be less restrictive in their licensing arrangements and respect the marketing strengths of others. I’ll take some exceptions, however, on this issue of farming out. For example, in TeleRead’s case, I want us to have a civil but lively comments area on our own site, not just promote discussion on outside social media, and Editor Chris Meadows feels the same. And to tell you the truth, even the BuzzFeed approach isn’t pure farm-out. For example, on the BuzzFeed site itself, you can find reproductions of conversations on Facebook even if you must sign up for FB to contribute that way.

So what are your own takes on the Peretti video? Yes, feel free to speak out in our comments area, and then go ahead and Like and Tweet us!