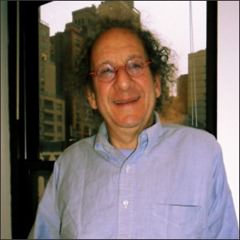 Mike Shatzkin has posted his latest thoughts on the state of the publishing industry. This time he notices the trends toward increased smartphone e-reading and German conglomerates removing “hard” DRM from their e-books. Shatzkin ponders the meanings behind these two moves, largely separately.

Much as I did in my piece, he connects the smartphone reading trend back to the pocket-sized Palm Pilots that first started to make e-reading popular. He also wonders what implications it could have for e-book shopping, especially on iOS devices where the only app with a built-in store is iBooks, and Kindle and other books require the extra step of going through the browser thanks to Apple’s in-app purchase vig.

One would expect that as phone reading increases, it will tend to favor the “home stores” for the phones themselves. Those are iBooks and Google Play. This is obviously not any sort of mortal blow to Kindle if my own experience, maintaining the Kindle habit almost uninterrupted, is any guide. But it is definitely a bit easier to buy within the app you read in than to have to go outside of it.

I’m inclined to expect that the Kindle store will still get the lion’s share of purchases, just because so many people are already invested in it via other e-readers or apps for other platforms, and because even handicapped by the browser requirement, it still does a great job on iOS devices.

As for the e-book DRM removal, Shatzkin notes that those big German publishers seem to consider “soft” (watermarking) DRM to be the only deterrent needed for pass-along or casual sharing, though publishers, agents, and big authors in the west aren’t so sanguine about it even with positive examples like Baen, O’Reilly, and Tor to point the way. A number of small German publishers aren’t happy about the idea either. But potential impact on sales from sharing isn’t the only change dropping DRM could foster:

Aside from increasing the potential to lose sales through pass-along, the other impact of removing the DRM requirement could be to make it easier for anybody to be an ebook retailer putting content on just about any device. The necessity of providing DRM has always been blamed for cost and technology barriers that kept retailers from going into ebooks in any casual way. Theoretically, the cost of being an ebook retailer in a DRM-free environment could be much lower, including a claimed and hoped-for diminution of customer service requirements. If true, that could be especially important for ebook sales in verticals, where a range of content could be a sensible add-on for a retailer’s offerings. People who sell hard goods don’t want to deal with DRM and the customer service requirements it creates.

Shatzkin notes that DRM never got in his way, as he never really wanted to move content from one e-reading ecosystem to another, but the issue of blocking new businesses could be an important point.

As I said in a comment, I don’t think DRM is really hurting most users, who prefer to buy and read within the same ecosystem—especially if that ecosystem is Amazon, which has apps available for just about everything.

I don’t think it’s really slowing down any users who doesn’t want to be slowed down, either—at least not the easily-cracked kind like Amazon’s, Barnes & Noble’s, or Adobe’s. It takes some tech-savvy to do, but then it takes tech-savvy even to want to do. But there are a lot fewer of those people than there are regular users.

About the only ones it is hurting are, as Shatzkin says, the independent stores who want to be able to sell for anyone. That said, I’m not sure how much help removing DRM will really be for those stores, because the aforementioned ecosystem-bound users have a hard time pulling their head out of their ecosystem’s sand.

Baen made it as easy as they possibly could for people to email DRM-free Webscription titles directly to their Kindles—but they still got so many complaints that their books “weren’t on Kindle” that they finally revamped their store and completely changed the way they sold bundles in order to be eligible to get their e-books onto Amazon where more people would buy them. On the other hand, Diane Duane reported not receiving many of that kind of complaint for her own DRM-free e-book store on my podcast, so who can say?

In a response to my comment, Shatzkin noted that one publisher executive he spoke to doubted DRM would ever come off the majority of American titles—the potential for sales from new e-book stores would be minimal, most consumers don’t care, and the publishers tend to view DRM as “insurance.” It’s not hurting them to have it on now, their reasoning goes, so why remove it without a really compelling reason?

The exec also suggested that the driver behind German publishers dropping hard DRM was the German Kindle competitor, Tolino. It does stand to reason that going to “soft” DRM would make it easier to load titles onto such a device, which could help make it a compelling competitor to the Kindle—but would also mean people could convert and load their books onto the Kindle if they wanted to switch.

Regardless, it’s interesting to see Shatzkin’s thoughts on the matter. We’ll just have to see what develops.