Sometime this coming week, I should be receiving a Pocketbook 302 e-book reader to review—and Joanna, nee Ficbot, will be reviewing the smaller Pocketbook 360. We have mentioned Pocketbook a few times already; it is a Ukrainian/Taiwanese company that uses e-ink-based hardware from Netronix (the OEM that makes the Cybook, COOL-ER, and others) with its own Linux-based firmware.

The 302 is Pocketbook’s most advanced model so far. It seems to be a pretty standard 6” e-ink reader (with the standard USB interface), with the addition of wifi and some apps including RSS, Sudoku, and—according to the Nate’s Ebook News review of it—a web browser. It has 512 megabytes internal storage, accepts an up-to-32-gig SD card, and reads the most common e-book formats including Mobipocket, EPUB, and PDF. It supports ADEPT DRM.

The display supports 16 shades of grey, rather than the 8 that prior readers I’ve reviewed support. Like the PRS-700, it has a touchscreen. I’m not sure whether it’s the same (glare-inducing) kind. Either way, it should be all right to read on judging from my past experiences with e-ink screens.

Pocketbook devices seem to be getting generally positive reviews, especially for their light weight and overall swiftness in tasks such as opening books, navigating menus, and page-turning. I look forward to seeing this for myself. After I finish reviewing it, I might loan it to my non-technophile father to try out for a while, and get his thoughts on it.

The one thing that gives me pause is the $340 list price for the 302—$100 more than a Kindle, and only $160 less than the cost of an iPad. (The smaller Pocketbook 360 costs $240 with accessories.) Is the 302 a good-enough gadget to justify spending that kind of hard-earned money when a Kindle or Nook is so much cheaper?

I look forward to finding out. 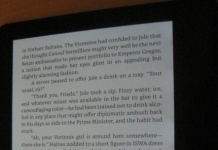 Mirage at the Kindle Oasis? Some users report issues with lighting, finish 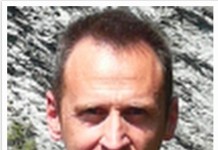