TeleRead’s We-Couldn’t-Make-This-Stuff-Up-If-You-Paid-Us Department today brings you a call from respected (well, until now) Washington Post opinion writer Robert J. Samuelson to ban the Internet. Yes, that source of all evil. “If I could, I would repeal the Internet,” Samuelson declares. “It is the technological marvel of the age, but it is not—as most people imagine—a symbol of progress. Just the opposite. We would be better off without it. ” Ordinarily, I’d assume that a scribe like Samuelson must be writing with tongue firmly planted in cheek. So I conducted what we textual critics call a thorough anatomical examination. But no: Samuelson’s tongue appears to be firmly out of his cheek. And if not headed out and down in the direction of Big Media’s fundament, it appears to be on course for the Department of Defense—or perhaps the NSA.

For Samuelson’s big beef with the Internet is security. “The Internet’s benefits are relatively modest compared with previous transformative technologies, and it brings with it a terrifying danger: cyberwar,” he avers. “Amid the controversy over leaks from the National Security Agency, this looms as an even bigger downside.”

Samuelson evidently sweats through long nights worrying that the U.S. infrastructure is critically vulnerable to cyber-attack from spotty Chinese and Iranian script kiddies. “So much depends on the Internet that its vulnerability to sabotage invites doomsday visions of the breakdown of order and trust,” he laments (which rather makes you wonder why he is in such a rush to repeal something we all depend on, but we’ll let that pass for now).

With the sort of tech savviness native to any man born in the year of grace 1945, Samuelson admits that:

“I don’t know the odds of this technological Armageddon. I doubt anyone does. The fears may be wildly exaggerated.”

All the same, he continues, “the Internet creates new avenues for conflict and mayhem. Until now, the motives for hacking—aside from political activists determined to make some point—have mostly involved larceny and business espionage.”

Clearly, then, these threats to American big business’ commercial secrets —let alone the risk of severe emotional distress and embarrassment to respected government institutions from another Edward Snowden—fully justify the banning of something we all depend on. And I’m sure America’s biggest companies—you know, Google, Apple, Microsoft—those guys—are fully behind Samuelson on this.

For his information, the dangers of tech-enabled infrastructure sabotage do predate the Internet era. Does anyone remember the 1977 Charles Bronson movie “Telefon,” about Soviet deep-cover sleeper agents planted all across the U.S., ready to wreak sabotage when triggered by an activating phone call?

Or the importance attached in classical NBC biodefense to the protection of food and water supplies? Or recall that 9/11 was wrought with nothing more hi-tech than a few airliners? But no, mere fact, proportion, and reasoned argument should not be allowed to obstruct Samuelson’s righteous call. 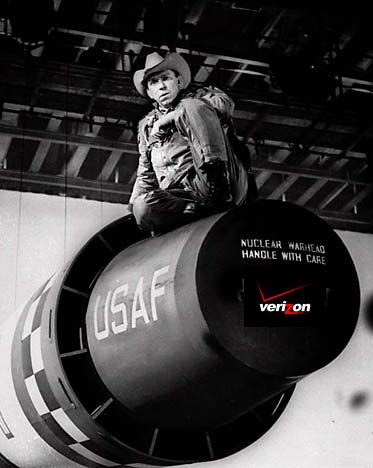 Yes, this is a call; nay, a summons, back to the good ol’ days: of comforting Cold War certainties, like MAD and the four-minute warning, when Big Media told you what to read, listen to, and think, and seldom was heard a discouraging whistle-blower.

Doomsday devices, Project Pluto, cobalt bombs, Satan bugs—they’re all low numbers in Samuelson’s sum of all fears, compared to those new insidious mobile phone and tablet doodads now worming their way into the hands and minds of all Americans.

Dear readers, the Washington Post will be giving away free tinfoil hats as a follow-up to Samuelson’s article.

And for all Samuelson true believers out there: The Super PAC for my presidential run on the Flat Earth Party ticket is now accepting donations. Dig deep! You know it makes (almost as much) sense. 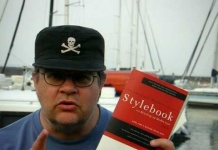 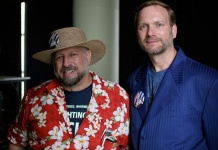