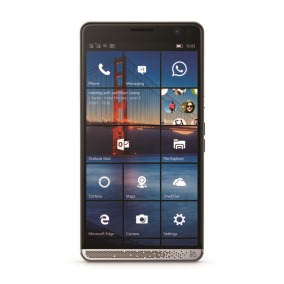 We already knew that smartphones are becoming an increasingly common way to read e-books, but new developments suggest they’re becoming much more than that. While some news to come out of the Mobile World Congress trade show in Barcelona suggests tablets are on the decline, here’s a piece looking at how “smartphones” are moving more into the realm of general computing devices.

The only thing that really prevents the smartphone from taking over the general-purpose computing niche is the relatively tiny display the devices have. It might do well in a pocket, or for simple tasks like email and social media, but for productivity purposes it’s generally not going to work. 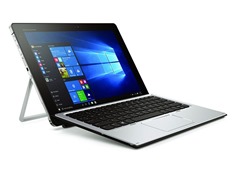 But O’Donnell notes that HP’s new Elite X3 Windows 10 phone might be changing that, as it is effectively a phone that can slot into various accessories such as the “Mobile Extender” dock that effectively provides a 12.5” laptop form factor. Unlike prior Windows 10 phones, like the Nokia Lumia, the X3 tries to be more of a computer with smartphone functions tacked on, rather than a smartphone with computer functions tacked on. And while it has some issues that might make it less than ideal as a main computing device (most notably that, as an ARM device, it can’t run most current Windows applications), it points the way toward a more interesting mobile device future.

My brother has one of those Lumia phones, and is happy about how it can turn into a full-fledged Windows desktop when you put it into a dock, even as he’s less satisfied with how it handles some of its phone functions. (He’s mainly happy that it’s a Windows phone just so he doesn’t catch teasing from our other brother, an Apple user, for using an iPhone with a Windows computer.)

I can certainly see where O’Donnell is coming from with this idea of smartphones becoming the new laptop. However, it seems to me that, even if they aren’t used so much for calls or texting anymore, smartphones still do see so much use for mobile purposes such as web browsing, social media, or e-reading that they still have to be fit for that purpose over everything else.

The thing about Android and iOS is that they’re mature, fully-developed operating systems that are completely suitable for those mobile tasks—that’s what they were built for from the beginning. They’re less good at productivity tasks, though Remix OS is trying to change that. But when it comes to putting Windows 10 on a smartphone, you’re trying to take an operating system that has seen twenty years of development for the desktop and then slap a fresh coat of mobile paint on it and cram it into your pocket. It might work great for productivity purposes, but it’s much less satisfactory as a pocket-sized phone.

If I had my druthers, I’d get a Windows tablet of some kind, and use that as a mobile Windows solution for those rare occasions when I needed Windows (such as posting TeleRead articles from Live Writer), but continue using Android phones because they’re just so much better at doing phone stuff. (I had a Windows tablet briefly and enjoyed it as far as it went, but had to send it back when it turned out that its WiFi didn’t work at all.) But I could see where someone who sees the desktop as the most important factor might want to go with a Windows phone instead.

Perhaps the most intriguing question to come out of this, though, is whether “smartphones” need a new name given that their use as actual “phones” is quickly dwindling over time. Will we come up with something else? Or will we still keep right on calling them “smartphones” the way we continue to use other terms that don’t really apply anymore, such as “stock tickers” that haven’t used actual ticker tape in decades?

Whatever we might end up calling them, I know this much: a smartphone by any other name will still read e-books just as well.