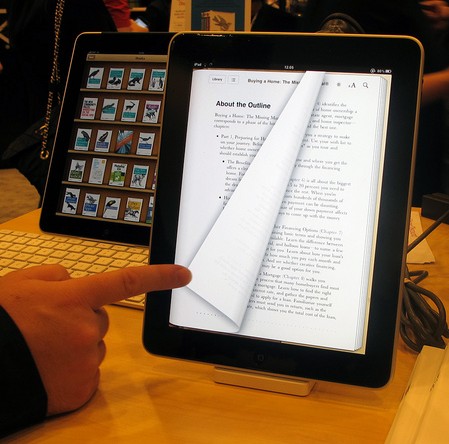 According to the latest tablet market report from tech intelligence firm ABI Research, the global tablet market is continuing to contract, as “tablet shipment volumes are tumbling.” Layered on that pattern, though, are some interesting details, including an apparent growing preference in Asian markets for quality brands to do ereading and other tablet tasks on.

In fact, ABI Research expects total global tablet volume to shrink by about one third over the next five years, from more than 207 million in 2015 to below 140 million global shipments in 2021. ABI Research attributes “the general decline over the past two years to two culprits. Demand for branded tablets in advanced market economies is decreasing due to saturation, slow replacement cycles, greater influence of business purchases, and substitution. China and other Asian markets are also seeing decreased demand for white box tablets due to shifts to branded tablets, as well as reliance on smartphones and phablets.”

In fact, ABI Research sees major tablet brands moving from a 67.8 percent market share in 2015, to 70.6 percent this year, and eventually, 88.5 percent by 2021. This should be good news for Apple, Samsung, and even Amazon, as they win back market share from the no-brand budget tablet makers.

“China is evolving, moving away from white box products to support local and global brand manufacturers,” explains Jeff Orr, Research Director at ABI Research. “As this behavior continues across other markets in Southeast Asia, Central and Eastern Europe, and Latin America, the potential for white box tablets to remain viable will all but go away.” This tends to confirm that Amazon’s challenge to the low end of the tablet market with the $50 Fire is likely to be terminal, certainly in developed markets.

So, Apple, Samsung, et. al. can look forward to some growing demand from the developing world down the line – as can local digital device brands like Xiaomi. Even in emerging economies, it seems, consumers are fed up with cheap and cheerful, and are looking to do their ebook reading and other tablet tasks on better quality, better branded devices.