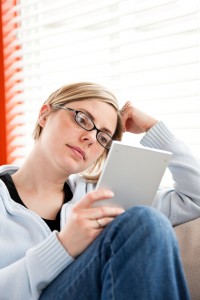 In today’s Morning Links, the NY Times featured an article about interactive ebooks which featured a great comment. An author, writing about some of the ‘innovations’ attempted with multimedia ebooks, had this to say: “A lot of these solutions were born out of a programmer’s ability to do something rather than the reader’s enthusiasm for things they need…we pursued distractions and called them enhancements.”

This quote struck me as something worth remembering as we see reader devices become even more capable. At the end of the equation, there is a customer who has to want what you’re peddling. What do ebook readers really want? Some features, such as Amazon’s page flip’ feature, do seem to be in response to consumer demand. I have seen more than one article about ebooks which laments the lack of ability to skim pages. Other features, such as social media integration, seem to seldom get used by most people.

Personally, I would rather see publishers focus on simple, basic quality before they add in other bells and whistles. Let’s start proof-reading again and getting out the typos and OCR errors before we start adding in extra ‘features.’