I spent some time this week going through my ebook library, tagging everything with appropriate labels and pasting in book summaries from bookstore websites. With almost 800 books in my growing collection, I wanted to have an easier time finding unread books to suit my mood, or old favourites to explore and re-visit. So what did I learn from my ebook spring cleaning?

‘Have it’ and ‘Will Read it’ are Two Different Things

I learned that there are so many great books I can be spending my time on. Why waste it on things which don’t really interest me? It’s like the time my sister sent me the spreadsheet with all her Fictionwise books listed. I went through the list, which was about 200 books at the time, and only found a handful I might like to read. I’m sure that, legality notwithstanding, she would happily burn me a CD with the whole lot of them if I wanted her to, and then I would have a lot of books. But I’d probably never read them because they just are not my thing—and for what it’s worth, I shared MY list with her and she thought my taste in books was equally terrible.

So I let go of my classics guilt and deleted all the ones I had downloaded because they were ‘important’ books and I ‘ought to’ read them. And I let go too of some free books I had downloaded from Sony and Smashwords just because they were there. I put in those book summaries and if it left me feeling cold, I read the first few pages. If I wasn’t sold on the book by then, I deleted it, guilt-free. I’ll spend my reading time on books I really, really love.

There is Something to be Said for The Process of ‘Publishing’

It pains me to say this, it really does, because I believe in indie publishing as an idea. And if I did publish any of my own stuff, it would probably be as an indie author. But there really is something to be said for a book that has gone through even a minimal ‘process.’ Of the 30 already-read books I tagged ‘favourite’ more than half of them were from commercial publishers; another third or so were in the public domain and just three of them were ‘indie’ type books. Of those three, one of them was by an author who has appeared in mainstream magazines, another was the Creative Commons e-version of a commercially published book, and the third was from an an indie author publishing through an e-publisher. Not a single one was from a random guy on Smashwords.

I am not saying big publishers aren’t getting a ton of stuff wrong right now. I’m not saying there aren’t great authors not getting notice because of some stupid way the ‘industry’ runs. But I am saying there is something to be said for a process, and if I do go ahead with getting my own writing out there, I would work at it until I could find an indie publisher to take me on. I would ensure that at least one other pair of eyes besides me own has read the book, approved it and given it a modicum of editing. I wouldn’t just throw it out there into Internet-land all by my lonesome.

Does this mean I won’t ever read the ‘random guy on Smashwords’ books? No. But it might mean I’ll save that portion of my reading time for books which come recommended to me by others, and that if the book has not got at least a sample I can try for free, I’ll pass on it. I’ve read books from mainstream publishers which were awful. But I have read many *more* books from indie authors which were at best just okay, and at worst simply not on par with a ‘regular’ book. There may be diamonds in the rough out there, but I think they would be better diamonds and less rough if they went through even the barest minimum of a gatekeeper and got a proper edit.

I don’t think that, for me anyway, every book I buy has to come from a ‘big’ publisher. But I do think that having it come from *a* publisher—any publisher at all—does make it a more credible proposition for me. And given how huge my to-read pile is right now, the random guy or gal on Smashwords is going to have about five pages to convince me before I hit delete. I don’t want to feel like I am spending all of my reading time on The World’s Biggest Slushpile.

E-Publishers are More of a Brand Than Commercial Ones

This is, I think a big difference between the indie world and the mainstream one. I don’t consider myself ‘loyal’ to, for example, Random House. It’s about the author for me, for books like that. If I want that author’s book, I buy it, and I don’t really care who it’s from. I would not say ‘oh, that author is with Hachette so I won’t buy it’ or ‘that author is with Random House so I will.’ I don’t even know who the publishers are for most of the books I read.

With ebooks though, I have found that e-only publishers are a lot less generic. Most have special markets that they cater to. If you click on the publisher name for a Fictionwise book, you’ll see other titles by that publisher and there are some who publish to a definite pattern. There are two or three e-only publishers who have been a little more reliable for me, and a book coming out of their stable will get a more thorough look. That is another advantage to aligning with a publisher as opposed to going solo. You can ride the coattails fo their past releases a little and have an easier time finding your first audience, I think.

I am Prone to the Impulse Buy

The vast majority of my books were one-offs where the book was the only one I had from that author. I suspect some of this was due to my use last year of the reward program at Fictionwise; they have for awhile been offering 100% micropay on New York Times best-sellers, so if I had something else I wanted to buy and I wanted micropay dollars to buy it with, I would find an NYT best-seller which looked interesting and buy it first to get the rebate. Then I would spend the rebate on whatever I had originally planned to buy and wind up with what was essentially a freebie.

Of the books where I have more than 5 or so by one author, it’s usually because it is a series. I have all of the books in the Southern Vampire series by Charlaine Harris, all the J.D. Robb books, numerous Agatha Christie novels and that sort of thing. But if it’s not a series, it’s probably a random one-off buy.

I am less interested in playing the Fictionwise reward game these days for several reasons. I used to spend my rebates on a dozen cheap multiformat books because they were good value and I could get a dozen of them for the price of one best-seller. But Fictionwise does not have user reviews and many of these books have not been reviewed elsewhere, so I have found myself more than once being the guinea pig for a book which was not at all what I expected but which I felt obligated to slog through since I had paid. I am going to reserve my ‘trolling for new authors’ from now on to books I can at least sample first, or ones who come from e-publishers I have some track record with.

I also think the new agency pricing is going to come into play here. If nobody can offer discounts anymore, my incentive to shop at Fictionwise will be reduced because their books won’t be cheaper than anyone else’s. They have lured me in before with specials on authors I hadn’t planned to buy. Without these specials, I think my ebook buying will be a lot less random. If a book comes out and I want it, I’ll buy it. And that will be that, I think—at least until I finish more of the stuff I have already.

Oh sure, ‘Wuthering Heights’ and ‘Alice in Wonderland’ are my two favourite books of all time. But guess which author is the most prolifically represented in my growing ebook collection? It’s Nora Roberts. I just picked up a dozen of the early ‘In Death’ series in a 50% rebate sale and now have the whole series—all 30-odd—except for the first one, which Fictionwise did not have in a suitable format for me but which I have wishlisted at Kobo for pick-up as soon as they send me another coupon code.

On the genre front, ‘mystery’ is the winner by a very large margin, with over 200 books bearing this tag. Other highly populated categories include 83 science fiction books, 49 ‘paranormal’ (I thought about subdividing this further into ‘vampire’ and ‘non-vampire’ but am waiting until I hit 100), 33 romance and 45 literary fiction. The lowest ranked categories were drama (2 books) and French books (5 books, although I hope to be increasing this number).

Of the books tagged ‘2010’ (meaning I have read them in this calendar year) there were 12 so far. Only three of them were of the ‘edifying’ type and nearly a quarter of them were Star Trek novels. Yipes. 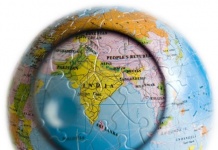