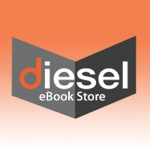 The Diesel eBook Store , one of the world’s largest independent eBook stores, today announced that it has entered into a strategic alliance with E-Reads, a leading publisher of quality fiction and nonfiction reprints. Richard Curtis, founder of E-Reads and president of a leading literary agency, is a highly respected and innovative figure in the publishing world.

As part of the agreement, Diesel-eBooks.com will be the preferred retailer of E-Reads’ extensive list of titles on the E-Reads.com’s site. All E-Reads eBooks will be sold without encryption.

“Diesel has soared to a prominent place among e-book retailers and we‘re very gratified to cast our lot with them,” said Richard Curtis, President of E-Reads.

“E-Reads is an industry pioneer and Richard Curtis has always been a strong voice for eBooks. We are so thrilled to have them on board as a direct publisher,” said Scott Redford, owner of Diesel-eBooks.com

As part of the deal, a new proprietary PubDesk interface, through which the publisher can access its inventory, run reports and modify its metadata, has been created and will launch shortly on Diesel-eBooks.com.