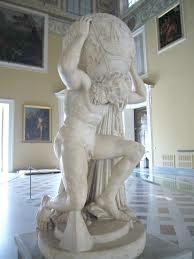 One of the complaints being leveled at the new Kindle Fire 7 in early reviews is that, as Engadget for one says, “at 313 g (11 ounces), the Fire is heavier than it looks like it ought to be, even weighing a hair more than Amazon’s new 8-inch Fire HD slate.” Compare that to the weight of my similar-sized Lenovo A7-10 tablet, at 269 g (9.49 oz). But is the new Kindle Fire really so heavy? And how much difference does weight make in an e-reader anyway?

I’m moved to write this, because my Kindle Fire just doesn’t feel heavy. I know this is a personal issue, but partly it’s down to design. The Kindle Fire is shaped to fit neatly in your hand, with its beveled back. So even though it’s heavier, and wider, I’m tempted to stick the Kindle Fire in my jacket pocket rather than my Lenovo A7-10, and take it out on the streets.

So far, Amazon’s lightest device ever is the Kindle 4, at 170 g  (5.99 oz). The Kindle Voyage weighs in at  180 g (6.34 oz). And remember, incidentally, that the original Kindle 2 weighed in at  290 g (10.22 oz), outweighing the new Kindle Fire. As it happens, I have an aging Kindle 4 whose battery life is now measured in seconds. It’s exactly the same width as the new Kindle Fire, and of course, much lighter. But the Kindle Fire doesn’t feel like a stretch in the hand: the Kindle 4 does. Maybe it’s down to width plus depth, but that’s how it feels.

How about the competition? The Voyage already scored plaudits for lightness. For those who really like it light, the Pocketbook Mini is just 131 g (4.7 oz), while the Kobo Mini, billed as “the lightest, smallest full-featured eReader on the market,” is just a shade heavier at 134 g (4.73 oz).

So how do all of these weights compare to plain old printed paper? According to the “Average Postal Weights for Shipping” blog, the lightest mass-market small paperback weighs in at 255 g (9 oz). Larger paperbacks tip the scales at around 425 g (15 oz), according to Ask.com; and from there, of course, with hardbacks and textbooks, it’s just up and up. Comfort and convenience is of course a personal thing, but if we’re going by actual weights alone, e-readers and tablets won out against paper a long time ago.