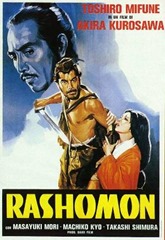 It’s been a busy few days for Amazon, hasn’t it? I don’t remember this much to-do since the publication of The Everything Store. The New York Times came out with a steamy exposé on working conditions, and everyone from Amazon senior engineers to Jeff Bezos himself came out to rebut it—and as a result, the picture is muddier than ever.

The Buzz Machine did a piece on the New York Times piece, noting that it lacks context and balance. If Amazon is a hard place to work, is it necessarily any harder than at other equivalent companies? (Who hasn’t heard horror stories about even the supposed best big corporations to work, like Google or Apple?) Forbes pointed out that the Times piece inexplicably left out half of the anecdote Bezos told about driving his grandmother to tears with how many years she was taking off her life by smoking—a half that changes the entire point of the anecdote. Context, again.

And Amazon is such a controversial and varied subject that in some cases the more shocking the exposé, the more it actually helps Amazon. The Digital Reader linked back to a Benedict Evans piece noting that negative stories make Amazon look like a hard-dealing competitor who’s tough to compete with (and by the same token, look even better to consumers looking for good deals), and to a Philip Greenspun piece that says they tell Wall Street that Amazon is being strict and economy-minded. (Given that so many of the Amazon hit pieces I see on investment-advice sites like Seeking Alpha complain that Amazon is giving the store away with its Prime program and not making any profits to speak of, so you should be shorting the stock now and sooner or later you’ll get your money back, I can believe it.)

Even the New Yorker’s satire column, The Borowitz Report, is getting in on the act, with a declaration from Jeff Bezos that any Amazon employees found to be lacking in empathy will be summarily fired.

In an e-mail to all Amazon employees issued late Sunday evening, Bezos said that the company would begin grading its workers on empathy, and that the ten per cent found to be least empathic would be “immediately culled from the herd.”

To achieve this goal, Amazon said that it would introduce a new internal reporting system called EmpathyTrack, which will enable employees to secretly report on their colleagues’ lack of humanity.

So with all this sound and fury, what do we really know for sure? Possibly less than we did before any of the articles ever came out. Without actually going to work at Amazon and seeing for ourselves what the conditions are like, we’re pretty much left just picking someone to believe. All the stories seem to be about equally credible. Yes, the New York Times is the New York Times…but on the other hand, you’ve got rebuttals from people who actually work there, even if you disregard Bezos’s own memo as self-serving. Is Schrödinger’s cat alive or dead? You might as well flip a coin.

I just keep thinking of the classic Kurosawa movie Rashomon. If you haven’t seen it, you ought to. You can rent it on Amazon Instant Video for $3 (SD) or $4 (HD), or else buy the Blu-ray or DVD. Or get it somewhere else if you like. The movie is all about the investigation of a murder through the tales of the witnesses, the perpetrator, even the ghost of the victim—and they all tell completely different stories from each other. They can’t all be true, and yet everyone swears they’re telling the truth as they experienced it.

It was such a profound movie that it lent its name to the very idea of true eyewitness accounts of the same event differing in important details, and many other stories have since been written along similar principles. (It’s a particular favorite plot device for TV series, including such shows as Batman: The Animated Series, CSI, and The X-Files (twice), as it lends itself to the sort of neat story that can easily be wrapped up in a single-episode chunk.)

Who can tell which story about Amazon is true? Maybe they’re all true. And all false, in combination. So, read the stories and pick whichever one appeals to you. Believe whatever fits in with your own version of reality. Either way, it probably won’t make too much difference to the workers at Amazon. Either they’re being mistreated or they aren’t, and whether you think they are or not won’t change things. 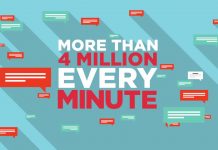