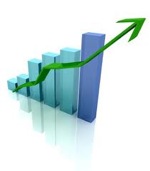 From Aptara and Publishers Weekly:

Publishers Weekly (PW) magazine and Aptara announce that initial results from the 4th Annual eBook Survey of Publishers, conducted in April, reveal a 100% year-over-year increase in the number of publishers making greater than 10% of their annual revenues from eBooks (36% of eBook publishers surveyed as compared to 18% in 2011).  This marks the first year since the survey was initiated in 2009 that eBooks are making meaningful contributions to publishers’ top lines.

‘eBooks have reached a tipping point,’ said Dev Ganesan, President and CEO of Aptara. ‘The ‘more than 10% of revenue’ barometer has been used by analysts to indicate when eBooks will be considered big business for publishers. With more than a third of eBook publishers already there, I’d say it’s official.’

The further maturing of publishers’ eBook operations and the eBook market in the last year has also resulted in:

The complete report is free but requires registration.