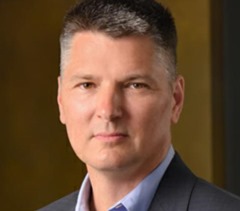 Please be polite, but at least ask in more tactful language. Here’s the latest example of B&N’s customer abuse.

When Sony shut down its e-book store and pointed e-reader customers to Kobo, Sony showed some respect for them. The company arranged for a firmware update for people to be able to use the Kobo store and easily keep retrieving and reading their books.

But in closing its Nook store in the U.K. and letting Sainsbury’s Entertainment on Demand take over, B&N doesn’t give a squat about its customers. No firmware update for Nook e-readers is apparently  on the way.

If you’re a Nook-owning Brit, you must obtain an Adobe ID and download Adobe Digital Editions software and your existing e-books to your desktop, then go through the hassles of transferring your purchases to your Nook via USB cable. What about the less technically inclined Nook customers? Or those who lack the time for this nonsense?

I hate to be so direct, but in effect B&N is robbing them of full access to books they thought they were buying.

Isn’t that great? And then people wonder why—despite the Kindle’s DRM and proprietary format—TeleRead Editor Chris Meadows and I find Amazon to be far nicer to booklovers than B&N is.

The U.K. hassles follow other customer-hostile actions affecting U.S. customers, such as ending the ability to download books outside the B&N ecosystem, as well as plans to discontinue sale of third party Android apps via the company’s app store.

Lest anyone see a hidden pro-Amazon agenda here at B&N’s expense, let me assure you there isn’t one. I’ve kicked Amazon around again and again for dropping text to speech from E Ink Kindles, for offering third-rate reading software, and for ageism in its failure to provide all-text bolding capability for older people and others with contrast perception issues.

Far from rooting for B&N’s demise, I really want the company to be more competitive against Amazon. Hello, Mr. Argir? Do you care? Please. Listen. I want B&N to succeed.

Instead of customer-hate, why can’t B&N show some customer-love and aggressively encourage publishers either to drop encryption-based DRM or replace it with social DRM? No small amount of B&N’s customer-hate has to do with DRM-related issues. Without DRM tainting the Nook books, customer could easily read the ePub files on a number of apps.

I will acknowledge one important positive of B&N compared to Amazon. Its Nook tablets do allow access to the official Google Play store. Terrific. But as compensation for all the pain that B&N has inflicted on customers, is that really enough?

Unless B&N gets its act together, I urge you if at all possible not to buy e-books in the Nook format.

Another catch: Even going the Adobe route, will you still have access to all your past purchases from the U.K. store? I don’t know. But a Register article raises that question.