I, my wife, and most people who have read the Promises to Keep quartet of ebooks are big fans of indie author Shayne Parkinson. For those of you unfamiliar with the quartet, I reviewed the books 2 years ago in On Books: The Promises to Keep Quartet and again in On Books: Promises to Keep are Promises Kept, and have been waiting for the next book in the series to arrive. My wife and I are still recommending these books to anyone who asks for an excellent read.

In the past week or so, we were wondering if Shayne Parkinson had finally released the next volume in the series. We hadn’t heard anything and it hadn’t crossed my mind to check Smashwords, when, ‘lo and behold, I received an e-mail from Shayne advising me that Daisy’s War, the latest book in the series has been published and is now available at Smashwords.

I immediately went to Smashwords and downloaded the fifth book in the series. I began reading it within hours. I expected Daisy’s War to be of the same exceedingly high quality as the first four books in the series (all 5 or 5+ stars) and am not disappointed. I couldn’t put the book down and so finished it within a couple of days.

Daisy’s War picks up where the series left off, the early decades of the 20th century. Here is the description from Smashwords:

In 1914, Daisy lives in the quiet New Zealand valley where her family has farmed for generations. Her world seems a warm and safe one. But the Great War is casting its long shadow over New Zealand. Daisy watches in growing fear as more and more of the men leave to fight in Europe, and the War strikes ever closer to the heart of her family.

The brief description doesn’t do justice to the book. The book is a reflection on World War I and its impact on New Zealand, a far-flung outpost of the British Empire, as seen through the eyes of a child who almost understands the whats and whys of war but can’t quite grasp them. Daisy’s dreams take a back seat to the impact of World War I on her extended family and how the need for soldiers ultimately leads to conscription, beginning with single young men but rapidly moving to include married men with children, including Daisy’s father.

The story seems incomplete. We tangentially are given glimpses into the war’s effect on the adults. Because of how the prior books were written, I think Daisy’s War should have run with both major and minor story lines, the major being the tale we are given and the minor a more in-depth look at the effect on the adults. For example, Daisy’s Uncle Alf returns from the battlefields a changed man. We are briefly given a glimpse into why and we know that the children want to avoid him, but we are not given more insight into the change in family dynamics. Perhaps this broader look at intra- and interfamily dynamics is a tale that will be picked up in the next book.

Regardless, this is the outstanding book that I had been waiting for. The only thing missing from the book is an explanation of the character relationships at the beginning, before the Prologue, that a reader can either review to refresh one’s memory or ignore. It has been 2 years since I last read this series and at first it was difficult to figure out who the characters are and their relationships to each other. The first book in the series begins with Amy’s story and the child she had out of wedlock that she had to give up for adoption. In Daisy’s War, we read, for example, of ‘Aunt Sarah’ and ‘Granny,’ and it took me some time to recall that these are the out-of-wedlock daughter and Amy, respectively. Other relationships also took some time but did come back. For example, who was Grandma (as opposed to Granny)?

This is a gripe I have with many authors who write continuing series. It is not so bad when in every book in a series the characters remain the same, just the circumstances change. But in a series like this where there is a constant generational change and an expansion of the families and a long time between books, it should not be assumed that readers will remember what happened in a book that was released more than 2 years ago or recall who married whom and begat whom who themselves went on to marry and beget. In that interim, I have read thousands of manuscript pages for work and hundreds of books for pleasure; some refreshing is necessary.

In this case, the lack of the information poses another problem: The book doesn’t work well as a standalone book. You need to have read the previous books in the series to understand the importance of what is happening. Although that is good from a series sense, it is bad from the reader sense. A reader who picks up this book first, not having read the previous entries in the series, will not walk away singing the high praises the books deserve. Instead, they will be disappointed because much of the impact of book relies on knowing the relationships.

If you haven’t read Shayne Parkinson’s books, begin with Sentence of Marriage, the first in the series, which is free at Smashwords. If you  like historical fiction and/or family sagas, you are likely to find this a captivating series. 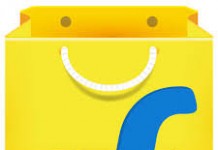 Flipkart may be exiting the ebook business 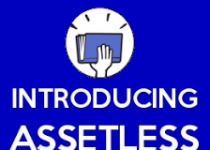 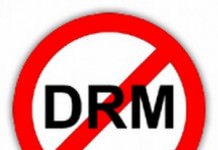 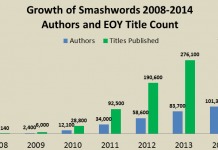