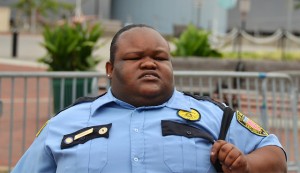 I do most of my e-book shopping on Amazon, and via my public library.

But sometimes, I come across new books via author blogs and press releases. Pinterest has been a convenient way for me to bookmark these interesting posts for later examination.

I hadn’t thought too much about the mechanics behind it. I figured that if something was private, it wouldn’t be posted online, and that material uploaded to blogs and websites was intended to be discovered. But last night, I got a notice from Pinterest that some of my pins had been removed due to copyright violations.

I was not in any trouble, Pinterest hastened to reassure me. Simply re-pinning someone else’s pin was not a violation—indeed, it’s Pinterest’s primary function. But someone complained about that original pin that I re-grabbed:

So, what gives? Why would someone not want their work to be “pinned”? Firstly, many blogs make their money based on page views. If a person browses via Pinterest and doesn’t click all the way through to the source page—in other words, the image itself was enough and they did not seek out the context—those blog owners don’t get any compensation for their work, even if the pinned image is very popular. Secondly, many artists post thumbnails of work which is for sale. They would like you to buy it if you like it that much.

Personally, I think we are due for a fundamental shift in how online privacy and control over content is going to work in the future. I have only just begun to introduce intellectual property concepts to some of my classes, and just last week, as part of a photography study, we looked at the monkey selfie story in my Grade 1 class. They readily grasped the concept of the one who takes the picture being in charge of it, and chuckled over the notion that the monkey could go to court in a little suit and ask the judge to give him money. But when I asked them if it meant they could use the picture themselves, their answer was confident, and immediate: of course we can. It’s right there on the SMARTboard!

I think it is going to be an uphill battle to convince this cohort, growing up in a world where the Internet always existed and iPads were a fact of life since birth, that re-pinning a photo on Pinterest is wrong. They will pay for the media they use—I know we do in our house, and our kids will grow up with that reality. But social media is so ingrained with this cohort. It’s going to be hard to convince them that something cannot be shared. They will assume, as my first graders did with the monkey picture, that if someone did not want you to see it, talk about it, or comment on it, they wouldn’t have put it online.

Lesson learned for me, in any case—Pinterest can give, but it can also take away. It’s not a secure place to bookmark content for later. I’ll have to start e-mailing links to myself if I come across an interesting book out there on the web.

Publisher’s note: I myself use Amazon’s wishlist. But of course that may not always be the most convenient approach and won’t work for nonAmazon-sold titles.  – D.R.