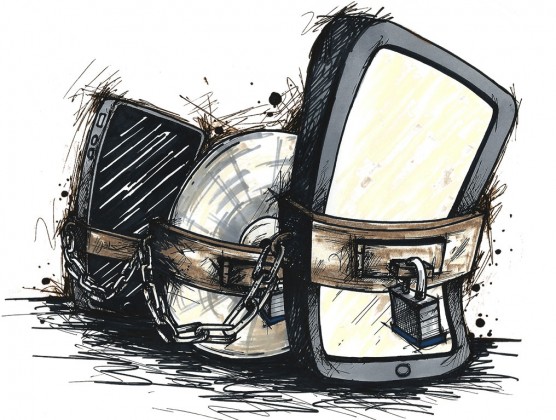 David touched on this a couple of days ago, but this Gizmodo piece from yesterday makes it worth bringing up again. The hassles that Nook owners in the UK are going through are a potent reminder of the fact that, thanks to rampant DRM, you don’t own your e-books.

Matt Novak discusses the notice that Nook owners got prompting them to move their Nook titles over to Sainsbury’s e-book store. The announcement says that the partnership will “ensure that you have continued access to the vast majority of your purchased NOOK Books at no new cost to you.”

The vast majority. Which is to say, there’s no guarantee you’ll be able to move all your e-books over. And given that most B&N titles use DRM, good luck backing them up any other way!

This isn’t exactly a surprise, and it’s not the first time Barnes & Noble has pulled something like this. Remember when B&N shut down eReader and Fictionwise, in the wake of agency pricing removing their ability to compete with Amazon? B&N said the same thing back then, too about letting you move your eReader and Fictionwise titles over to Nook. “A few Fictionwise titles may not transfer due to discontinued publishing programs.”

Many of the books I’d paid for vanished in the move. I don’t have a complete list, but the biggest chunk was made up of the complete 29-book The Survivalist series by Jerry Ahern, which I’d bought and gobbled up like popcorn at something like $6 each. They weren’t available as e-books again anywhere else for several years, either. I have no idea how many B&N UK books will be similarly affected in the move to Sainsbury’s.

Nor is that the first time I’ve been affected by an e-book vendor going out of business. I had bought a number of the Liaden e-books from Embiid for reading on my PDA back in the day—and when Embiid shut down, they disappeared, too. Fortunately, they popped up again at Baen a year later.

In the end, Digital Rights Management means you don’t own your e-books—or, at least, any e-books that have DRM on them. Thanks to the DMCA, you can’t (legally) rescue them if the place you bought them goes out of business, and you’re probably not going to be able to get a refund for the ones you lose either. It’s a good thing that, if it has to be this way, DRM is at least by and large ineffective if you know what software to use.

And when you get right down to it, Barnes & Noble is really the worst of the bunch, given its removal of the ability to download B&N content outside of its device ecosystem. It’s just as well that I’ve already backed up any B&N e-book purchases I’ve already made and have no plans to make anymore. (It remains to be seen what I’ll spend my Apple lawsuit credit on when it comes.)

I wonder how many reminders it will take before someone does something about it?